The book - 'Tuba Skinny and Shaye Cohn' by Pops Coffee - is available from Amazon: 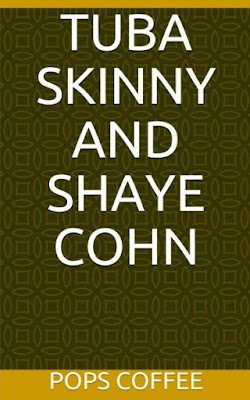 Tuba Skinny, as far as I know, is the best traditional jazz band playing anywhere in the world today. And the great thing about it is that its members are YOUNG!

Although the band has been in existence for only nine years, it has built up an extraordinary repertoire so different from that of hundreds of other trad bands who go on playing the same old Bill Bailey, All of Me and Muskrat Ramble month in, month out. 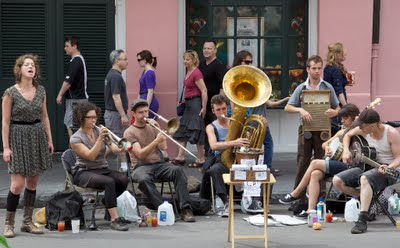 Also in their use of structures, rhythmic variations, key changes, introductions, codas and the sharing and backing of 'solo' choruses or half-choruses, Tuba Skinny have much to teach the rest of us.

Tuba Skinny must have spent a great deal of time researching tunes from the 1920s and 1930s that risked falling into obscurity. Their own Twenty-First Century versions manage both to show respect for the originals and yet at the same time present the tunes in a fresh and exciting manner.

Thanks to the immense generosity of this band and of those who make videos of their performances, it is possible (particularly on YouTube) for the whole world to see and hear them.

With considerable effort, I struggled to maintain a list of the tunes played by Tuba Skinny that constantly appear on YouTube. Sometimes I have difficulty in identifying them or find it impossible.

However, I did my best and the following list contains almost 400 tunes you can already hear Tuba Skinny playing, via the Internet, mainly on YouTube. I have obviously had to omit a dozen or so whose titles I don't know. (They have also made nine albums.)

I think you will agree that to have mastered such a repertoire in such a short time is a remarkable achievement. And you will notice how many of these wonderful tunes are missing from the repertoire of most trad bands.

When I finally got to meet the band (on 10 April 2015, while visiting New Orleans), Erika Lewis told me she was aware of my efforts in maintaining this list and that the band sometimes looked at it when planning a concert. They found it helpful in reminding themselves of tunes they hadn't played for some time. So I considered myself to be an honorary assistant librarian! 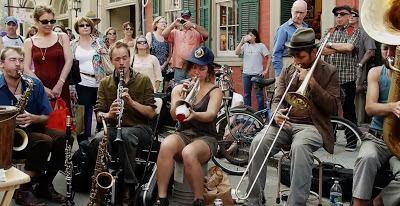