Post 139: I - III - VI THE GEORGIA CHORD PROGRESSION IN JAZZ 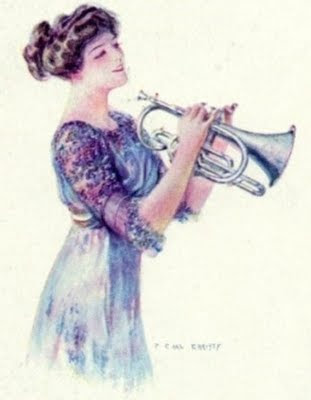 Writing a popular tune is like playing a game of chess. There are recommended moves and gambits, on top of which you need flashes of the unorthodox.

As in chess, there are standard openings. For example, there is the We’ll Meet Again, Don’t Know Where, Don’t Know When harmonic opening. It's known to jazz musicians as the 'Georgia' progression.

For example, it is used in such tunes as It’s Only a Shanty in Old Shanty Town, Basin Street Blues (main theme), The Charleston, Has Anybody Seen My Girl?, Clarinet Marmalade (main theme), Daddy's Little Girl, Martha, You're Nobody Till Somebody Loves You, Please Don’t Talk About Me When I’m Gone, Do Your Duty, Darkness on the Delta, Black Bottom Stomp (introduction), That Da Da Strain (main theme), I've Heard That Song Before, If You Were the Only Girl in the World, Hey Look Me Over, Whenever You're Lonesome, Give it Up, Lover Come Back to Me, I'm Alone Because I Love You, 'Taint Nobody's Business if I Do, Barefoot Boy, All of Me and Who’s Sorry Now.

The chord progression was very common in the 1920s, especially in Charleston-style numbers, but it also works well in slower tunes.

What do they all have in common?

In many cases, such as All of Me and Who’s Sorry Now?, we have two bars of each chord.

Here's . The progression of course appears at the start of all three eight-bar sections other than the Middle Eight.