Willie The Weeper is a very popular traditional jazz standard. I guess there are very few bands that don't have it in their repertoire. For a lively performance of it by one of today's best bands, CLICK HERE.

But there is a bit of a mystery concerning the origin of this tune. Willie The Weeper was published in 1920, with the composers given as Walter Melrose, Grant Rymal and Marty Bloom. That is the version to which our jazz bands stick very closely. 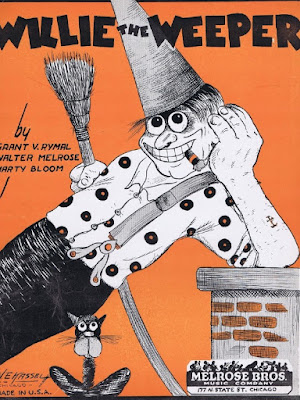 But there was a song published eight years earlier with a similar melody and fairly similar structure and an almost identical title. This was Willie The Peeper, apparently composed by three quite different men: Harry Armstrong, Billy Clark and James Coogan. 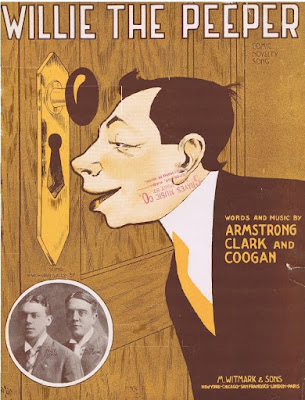 However, there does not seem to have been any legal challenge concerning breach of copyright; and nobody seems to have been concerned by the obvious plagiarism. Possibly both songs owe more to an even earlier theme whose composer remains anonymous.

Audrey VanDyke, the great jazz researcher and collector of memorabilia and early sheet music, is the person we have to thank for drawing attention to Willie The Peeper. I have never had the pleasure of meeting Audrey, who lives somewhere in Michigan, I think. But during the years since I started to take an interest in traditional jazz, I have learned that the world owes her a great debt of gratitude for her scholarship relating to early jazz, for her enthusiasm and especially for building up a large collection of vintage sheet music. It is because she made the sheet music for both songs available on the internet that I am able to write this article.

So, just how similar are the two songs?

Let's take the words first. Willie The Peeper begins like this:
Now listen and I'll tell you 'bout Willie the Peeper;
His occupation was a chimney sweeper.
Oh, he had a peepin' habit and he had it bad.
If you listen now I'll tell you 'bout some peeps he had.
Peeped into a keyhole just the other night;
Saw a man and his wife in a terrible fight.....etc.

Willie The Weeper begins:
Have you ever heard the story of Willie the Weeper?
Willie's occupation was a chimney sweeper.
He had the dreamin' habit and he had it bad.
Listen and I'll tell you 'bout the dreams he had.
He dreamed he had a barrel of diamond rings and money,
Mamas by the score to call him honey, etc.

Although Willie has changed from a peeper to a dreamer, it's obvious the songs have a common origin.

But now what about the structure? Both songs have an opening theme of 16 bars, which is in a minor key and may be considered as Theme A, or The Verse. These are very similar; in fact the chord sequences are identical.

Then both switch to the related major key for Theme B, The Chorus. This is where considerable differences may be noted. Willie The Weeper has a 16-bar Theme B, or Chorus. But Willie The Peeper has a Theme B of only 8 bars and with a melody and chord sequence unlike those of Willie The Weeper. So it seems that Walter Melrose, Grant Rymal and Marty Bloom introduced that catchy 'Chorus' (based on the V - V - I - I chord sequence) on which we love to improvise to our heart's content to this day. I have tried to make simple leadsheets, putting the two songs into the same key, and enabling you to compare them easily. 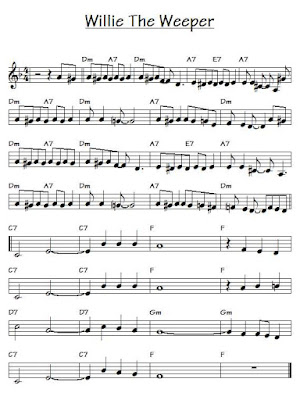 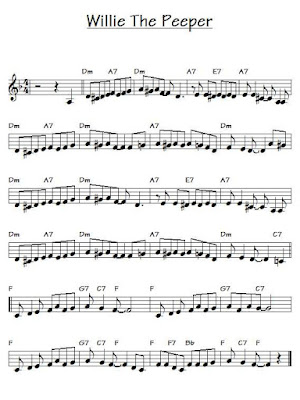 For more detail, examine the piano sheet music. There you can find the words too (including several verses for both songs).
Willie The Peeper 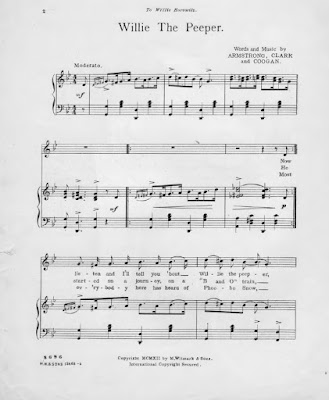 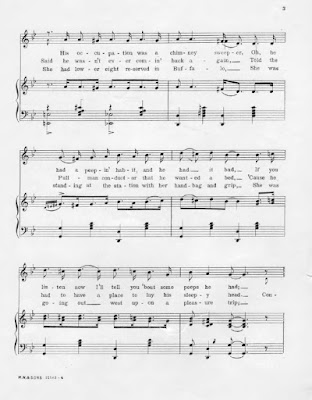 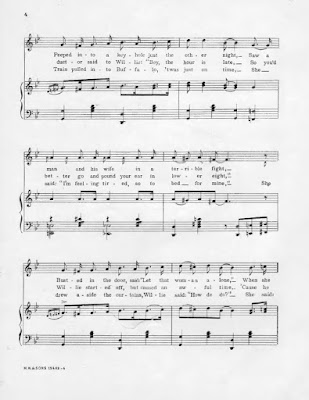 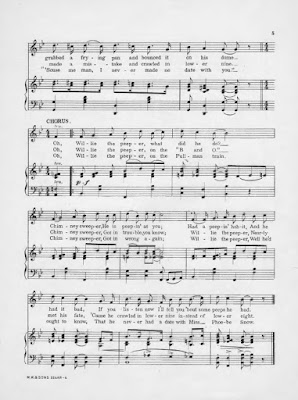 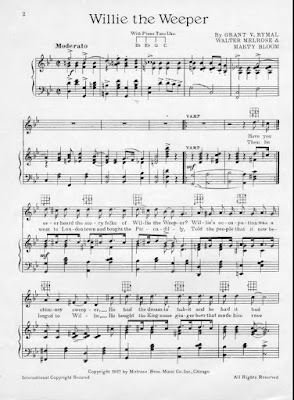 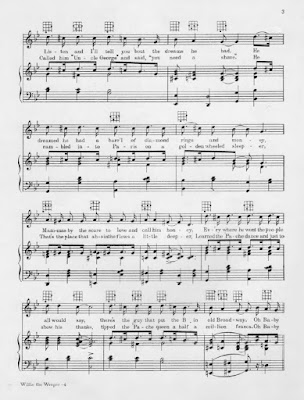 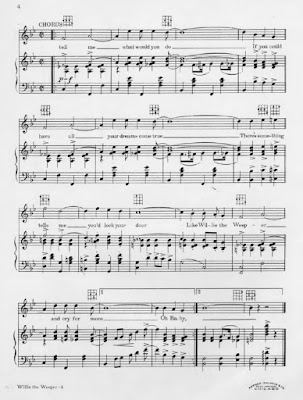 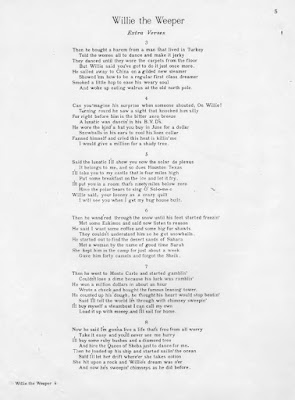